Why Do People Think MEAN Stack is a Good Idea for Business? 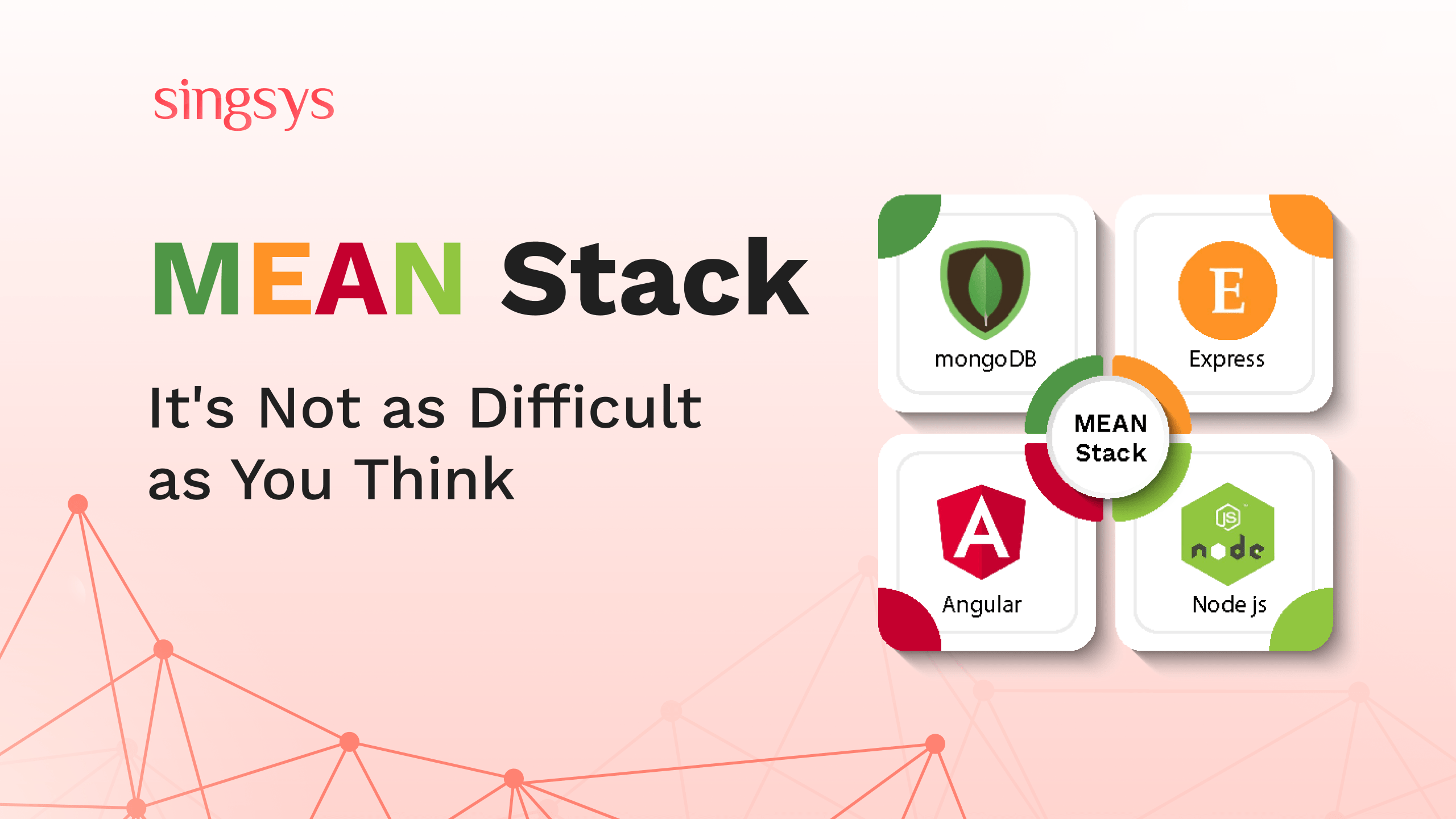 People think the MEAN stack (MongoDB, Express.js, AngularJS, and Node.js) is a good idea because it allows for full-stack JavaScript development, meaning that the same language can be used on the front-end and back-end of a web application. This can make development faster and more efficient because developers only need to know one language, and it can also make it easier to transfer data between the front-end and back end. Additionally, the technologies used in the MEAN stack are open-source and actively maintained, which means that they are widely supported and have a large community of developers contributing to them.

MEAN stack can be used on both the backend as well as front-end of the application. The stack leads to the fastest development and deployment. The usability of Ang

ularJS is a frontend development framework whereas Node.js, Express JS, and MongoDB are used for backend development as shown in below figure where further the usability of MongoDB is for databases and Node.js is for web servers.

The MEAN stack is popular because it allows for full-stack JavaScript development, making it more efficient and easier to transfer data between the front end and back-end.MEAN stack is a collection of JavaScript-based technologies used to develop web applications. MEAN is specific for MongoDB, Express.js, AngularJS, and Node.js.

The flow of Data requests and responses in MEAN Stack Application

In a MEAN stack application, data requests and responses flow through different layers of the technology stack.

This flow of data requests and responses is just one example of how a MEAN stack application can be structured. The exact flow of data may vary depending on the specific requirements of the application.

MongoDB is a NoSQL, document-oriented database that is often used in MEAN stack applications. MongoDB stores data in JSON-like documents, which allows for a flexible and dynamic schema.

MongoDB is known for its scalability and performance, making it a popular choice for applications that need to handle large amounts of data and handle many concurrent users. MongoDB supports sharding which means it can split data across multiple servers to increase performance and scalability.

One of the key features of MongoDB is its support for rich data types, such as arrays and sub-documents. This allows for the storage of complex and nested data structures, making it a good fit for modern web applications. Additionally, MongoDB has a rich query language that allows for powerful and flexible data querying

Express.js is lightweight and minimalistic, which makes it easy to learn and understand. It also has a large and active community, which means that there are many resources and third-party modules available for solving common problems.

Express.js also supports different types of request and response handling, like handling JSON, text, HTML and many more. It also has built-in support for error handling, which makes it more robust and easier to debug .Express.js also provides support for template engines, which are used to generate the HTML that is sent to the client. This allows you to separate the presentation logic from the application logic and easily change the look and feel of your application.

In short, Express.js makes it easy to build robust, scalable and maintainable web applications by providing a simple and easy-to-use API for handling routing, middleware, and other functionality.

Angular is a front-end JavaScript framework that is often used in MEAN stack applications. It was developed and maintained by Google and is known for its powerful features and ability to build complex single-page web applications. Angular also has a powerful data binding system, which allows you to easily keep the user interface in sync with the data in your application. This means that when the data changes, the UI updates automatically, and vice versa.

Angular also has a built-in dependency injection system, which makes it easy to manage the dependencies between the different components of your application. This makes it more maintainable and testable.

Angular also provides a powerful set of tools and features for unit testing, end-to-end testing, and debugging, which makes it easier to test and debug your application.

In short, Angular is a powerful, feature-rich framework that makes it easy to build complex, dynamic, and maintainable web applications.

Node.js is a JavaScript runtime that allows you to run JavaScript code on the server side. It is often used in MEAN stack applications as the back-end runtime environment. One of the key features of Node.js is its use of an event-driven, non-blocking I/O model, which makes it highly scalable and efficient for handling a large number of concurrent connections. This is particularly well-suited for real-time web applications, such as chat and gaming applications

Node.js is also platform-independent, so it can run on various platforms like Windows, Mac and Linux

In short, Node.js is a powerful and efficient runtime environment that allows you to run JavaScript on the server side, making it a popular choice for building high-performance, real-time web applications and APIs.

MEAN stack is a modern featured technology which helps in fast and easy development. This technology continues to improve day by day. It is a reliable framework for front-end and back-end development. With the help of modern application flexibility and high performance, it is not required to refresh a web page for every server as compared to most traditional web applications. These are some reasons why MEAN Stack is so popular and results in lightweight javascript applications, hence a better option for large-scale application development.