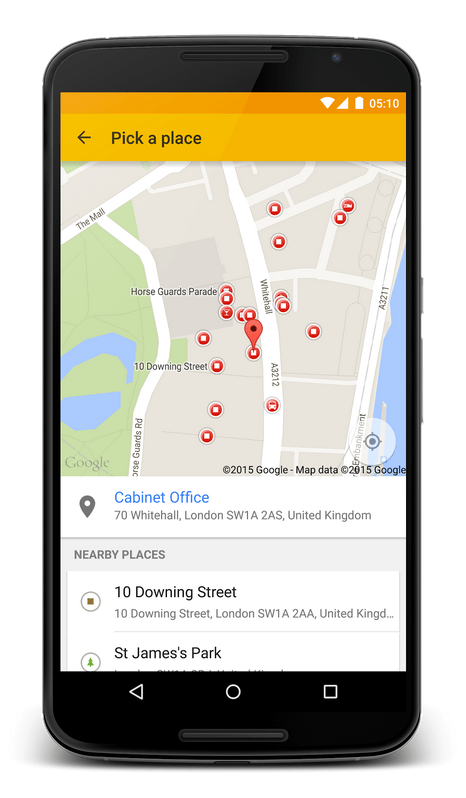 Google has launched its Places API for iOS and Android that lets developers add better location selector to their apps. For iOS, Google has opened the Beta program for it today.

The Places API web service and JavaScript library have been available for some time. By providing native support for Android and iOS devices, you can optimize the mobile experience with the new APIs by taking advantage of the device’s location signals.

The Places APIs for Android and iOS bridge the gap between simple geographic locations expressed as latitude and longitude, and how people associate location with a known place. For example, you wouldn’t tell someone you were born at 25.7918359,-80.2127959. You’d simply say, “I was born in Jackson Memorial Hospital in Miami, Florida.” The Places API brings the power of Google’s global places database into your app, providing more than 100 million places, like restaurants, local businesses, hotels, museums, and other attractions.”

The Key Features in API includes:

1. Place picker that allow users to specify a place
2. Show detailed place information
3. Get the place where the user is right now
4. Autocomplete features to save users time

You can apply for the Places API for iOS beta program, here. Google has also provided the detailed documentation for developers interested is using the API.