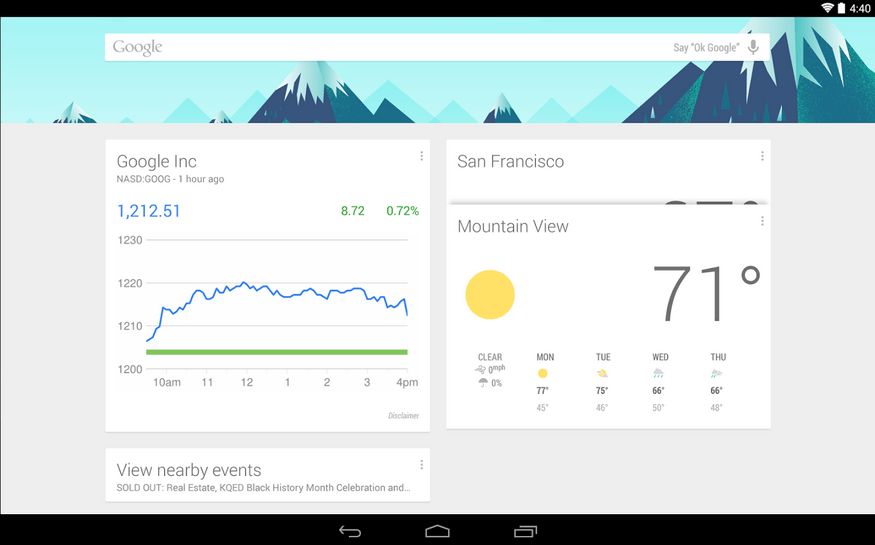 The Google Now Launcher is now available on all the android 4.1 and later devices which allows users to view upcoming appointments, weather report, traffic conditions, public transport and much more.

The Google Now Launcher can be downloaded from Google play store for all devices having android 4.1 Jelly Bean and later. Previously this tool had only been available for the Nexus and Google Play Edition.

1. Google Now is available on your home screen.
2. On the home screen of the app you just need to say “Ok Google” to trigger voice input and then say your search query or tell your phone what to do, like send a text message, get directions, or play a song.
3. Faster search feature.
4. Easy access to your favorite Google products and services, like Gmail, YouTube, and Maps.
5. Larger viewing area.
6. Intuitive wallpaper picker that allow you to select any image stored on your device, or in the cloud.

See the video below: