Are you looking for the Best Mobile App Development Company in Dubai?

In today’s modern era, the mobile application has become an essential part of every business. While considering the changing times, the most indispensable tool that customers cannot avoid is the smartphone, and creating an application is the next step for businesses to become a successful brand themselves.

END_OF_DOCUMENT_TOKEN_TO_BE_REPLACED

Cloud Services must be used wisely otherwise they can be a considerable burden on a company’s budget. Let’s take a look at the major factors which can influence the choice of a cloud platform

END_OF_DOCUMENT_TOKEN_TO_BE_REPLACED

FBI has recently released news regarding e-skimming attacks, also known as web skimming. Alongwith with that RiskIQ warned about Magecart attacks. These Magecart attacks are somewhere affecting Magento where hackers are exploiting a three-year-old vulnerability in a Magento plugin to hack online stores and place a malicious script that records and steals buyers’ payment card data. To carry out these e-skimming intrusions, hackers are exploiting the cross-site scripting (XSS) that lies in the Magento Mass Import (MAGMI) plugin.

END_OF_DOCUMENT_TOKEN_TO_BE_REPLACED

Drupal 9 Upgrade: Are you up with your Readiness Plan?

Drupal 9 is all set to be launched for users worldwide in June 2020. Hence those who are currently using Drupal 8 CMS and Drupal 7 CMS should prepare themselves for this new upgrade. The Drupal 8 functioned as a remodeled version of this whole platform; Drupal 9 is crafted to build on the innovations that were implemented by Drupal 8. This can also make the upcoming releases a lot easier for the developers to work with. All modules and codes which came along with Drupal 8 CMS are also going to be present in Drupal 9 as well. It is important that you develop some knowledge about the new elements that are soon to be introduced with the Drupal 9. We will also guide you on how your company can get itself ready for the launch of Drupal 9.

END_OF_DOCUMENT_TOKEN_TO_BE_REPLACED

Drupal Association Membership: Singsys Pte. Ltd. joins the unprecedented Global Mission of Powering the Best for the Web with Drupal! 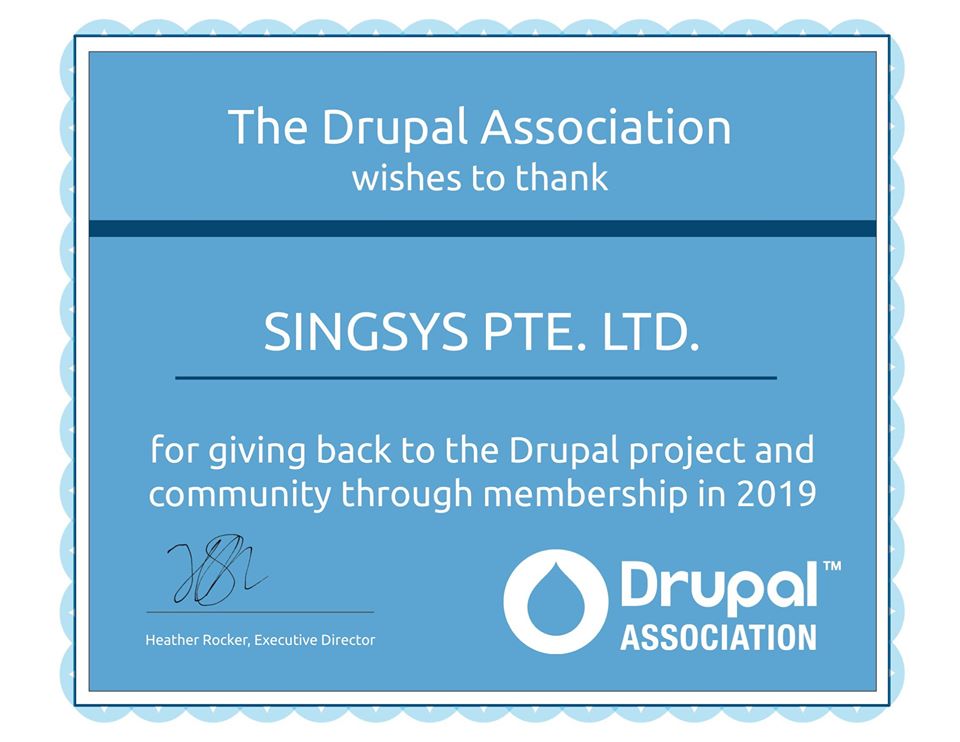 A warm welcoming conquered to Singsys for unveiling new frontiers with Drupal by being a proud collaborator & contributor.

Singsys, has proudly joined Drupal Association as an Organizational Member to foster and support the Drupal open source community with its unparalleled expertise.