What Suits a Startup Android or iOS? 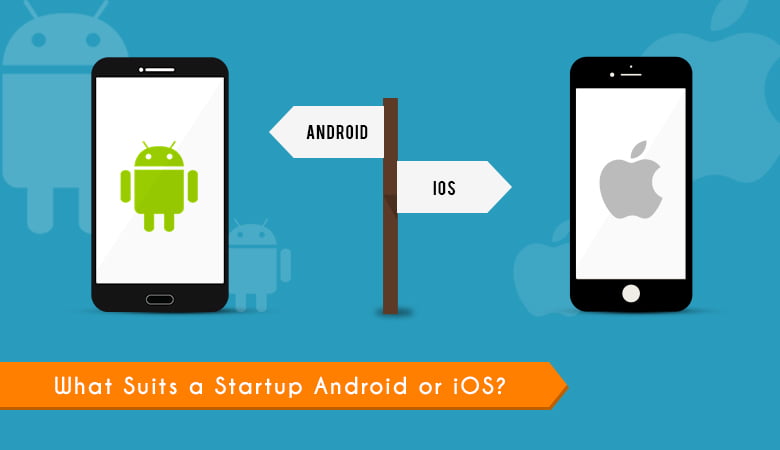 Startups have always been a bit apprehensive regarding the merits of Android or iOS when it narrows down to to app development. Developers use to believe that building an iOS app was beneficial that will bring in more traffic, extra users and more profit. Today the scenario is changed and it is tricky to figure out whether choose iOS or Android app development for building a business app. You need to focus over important factors discussed here.

1.Demographics
Your target audience preferences and device choice should be carefully analyzed. Parameter like income, age, geographical location and spending habits with behavioral patterns need to be traced before initiating development. A general observation is android devices are more popular among low to medium income groups. iPhone is preferred device among high income groups. Geographically iPhones are favourite device of Americans and Europeans unlike Android, that is more preferred by audience of India and China.

2.Application Revenue Model
An iOS app garner more revenue than Android but currently Google is continuously trying to extend its markets to make paid Google Apps and freemium models popular. As far as well-established firm with sufficient resources are concerned they should build apps for both mobile development platforms. Small business who are ready with Android app can approach to build the same app over iOS platform. This practice will increase user base and increase traffic.

3.Project Development Budget
iOS apps have less development time and their deployment cost is less in comparison to android apps. As far as android is concerned it requires extra development cost along with maintenance for various OS version and multiple screen sizes. When resources are limited it is not advisable to venture into diversified android app development process. In this scenario iOS apps with pre-crafted interfaces will be more helpful also, they run over less number of devices.

On a concluding note i would like to say that apart from considering major parameters mentioned above it is also important to consider that owing to strict app approval policies of iOS which involves least risk to get your device infected with malware.