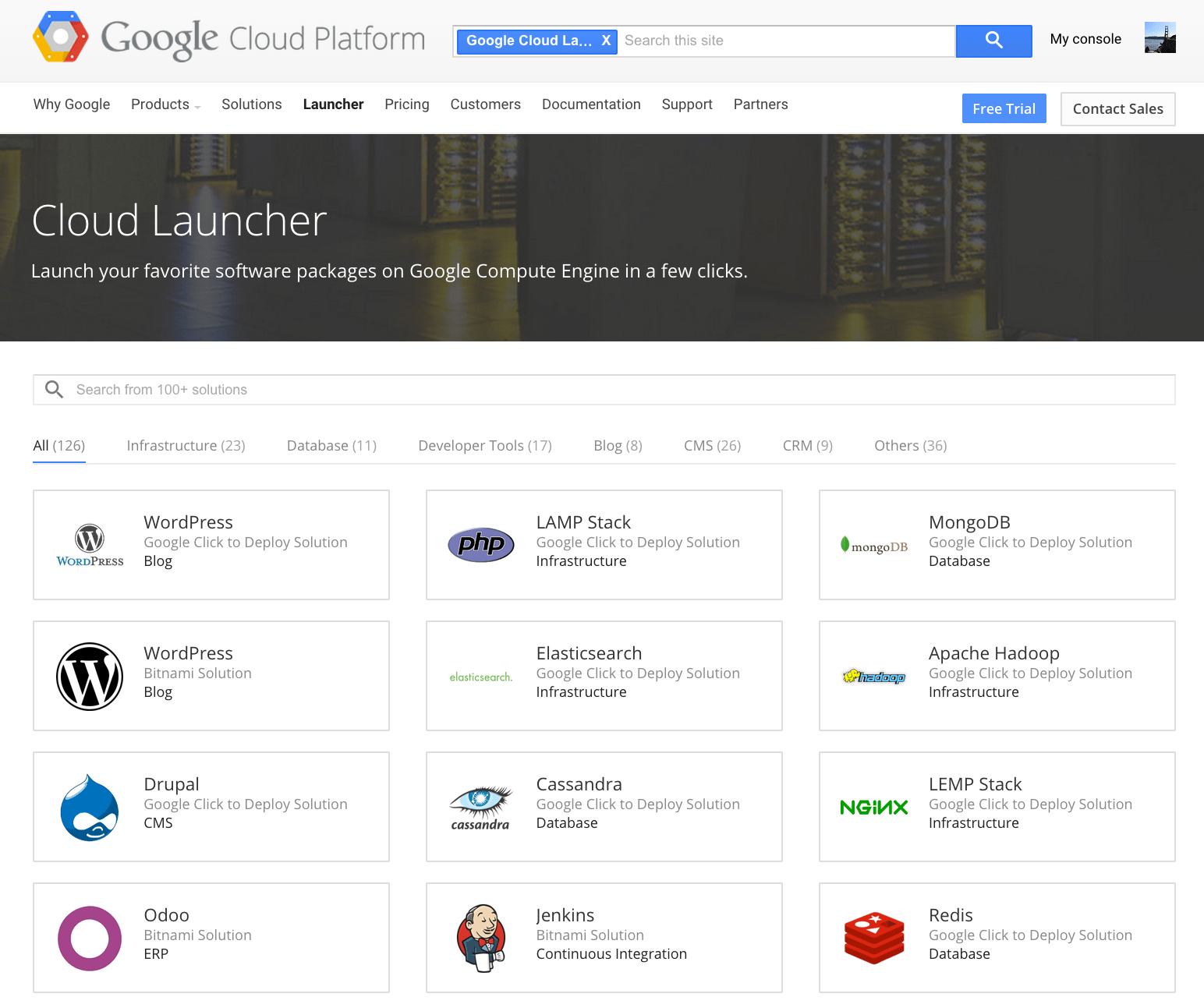 Google and Bitnami are launching a new feature for Google’s Cloud Platform and it features more than 120 open source applications including the likes of WordPress, Drupal, Redis, MongoDB, Gitlab and Django, infrastructure stacks for Ruby, LAMP apps, Puppet and others to deploy.

Google product manager Varun Talwar writes in today’s announcement, “Today, we’re introducing Google Cloud Launcher, where you can launch more than 120 popular open source packages that have been configured by Bitnami or Google Click to Deploy. Deployment is incredibly straightforward: users simply select a package from the library, specify a few parameters and the package is up and running in a few clicks. Cloud Launcher is designed to make developers more efficient, removing operational deployment and configuration tasks so developers can focus on what matters – their application and their users.

You can use Cloud Launcher from today with the Google Cloud platform and launch your favorite software packages on Google compute enging in a few clicks.