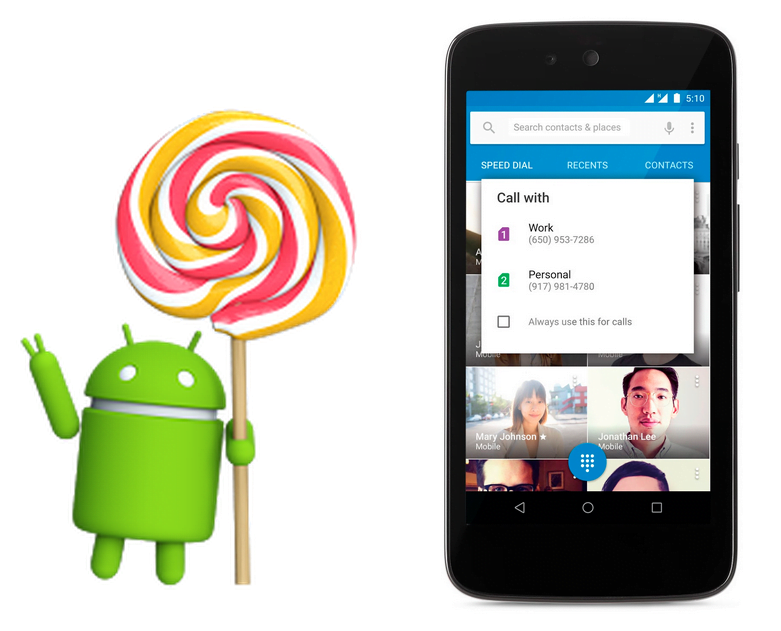 This update to Android Lollipop comes with a number of bug fixes and some new features such as Device Protection, multiple SIM support and High Definition voice calling. Google has confirmed this news in its official blog,”Today we are rolling out Android 5.1 – an update to Lollipop that improves stability and performance and offers a few new features like support for multiple SIM cards, Device Protection and high definition (HD) voice on compatible phones.

Whether you want to share your phone with a family member or better manage your mobile costs, Android Lollipop 5.1 now lets you use more than one SIM card on a device with multiple SIM slots.

With Device Protection, your lost or stolen device will remain locked until you sign in with your Google account – even if someone resets your device to factory settings. This feature will be available on most Android phones and tablets shipped with Android 5.1 in addition to Nexus 6 and Nexus 9. ”