Twitter has some amazing news for its iOS app users. Twitter has added mobile analytics to its official iOS app that will allow its users to track analytics on tweets to get the detail insights into how their tweet is performing.

To view the analytics data in iOS App, you need to update the tweeter app to its latest version and click on one of your tweets to get to its detail page and tap “View Tweet Activity.” On clicking the View Tweet Activity, the tweet activity dashboard will be opened. Tweet activity dashboard will display Tweet data to help you optimize your performance on Twitter to get more clicks and impressions. You can also view the tweet analytics by clicking on “View Analytics Detail” link that appears below tweets. The analytics detail will show the results of total impressions, total engagement, percentage of users who viewed the media, user profile clicks, percentage of users who clicked to expand the Tweet and percentage of users that favorite the tweet. 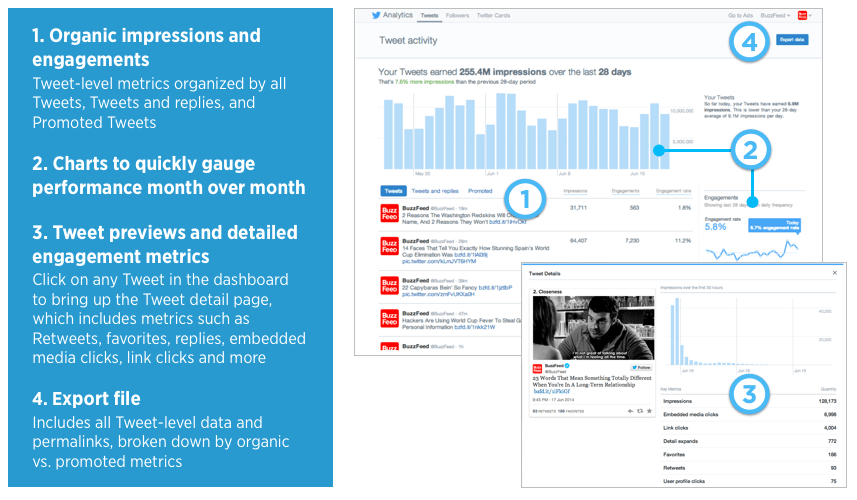 In Tweet Activity Dashboard you can find the details such as:

How many impressions tweets receive?
Which of the tweets resonate best with the target audience?
How do their tweet metrics break out by organic and promoted activity?
How does recent performance compare to past results?
How do their engagement metrics breakdown by type?