Google Penalty Guide: What And How to Protect Website From it? 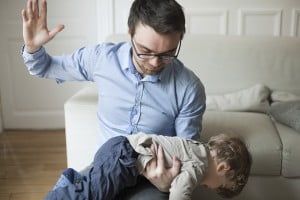 “A Google penalty is the negative impact on a website’s search rankings based on updates to Google’s search algorithms and/or manual review. The penalty can be an unfortunate by-product of an algorithm update or an intentional penalization for various black-hat SEO techniques.” – WikiPedia

In the definition above, it is clearly stated that any violators of Google’s ethics must have meet penalty. Whether it is a publisher, making spammy and poor quality content or a website having irrelevant backlinks, they must face off a penalty.

There is a war around on the internet and each and everyone wants to bring his/her product or brand in the top searches. And, no need to mention what role Google is playing. But, the problem begins when SEOs and Online Promoters forget their limits, then Google turns out its Weapons.

Google Penguin’s prime focus to deal with black hat SEO techniques. In this kind of bad SEO practices link manipulation is commonly used which is unethical.

Primal Tasks of Google Penguin to deal with :

For example, if the category of your site is Real Estate, but you are creating backlinks from irrelevant health-based websites, it would be taken as a bad or irrelevant backlink.

This algorithm is evolved to fight with thin or low-quality sites. It encourages the visibility of relevant and high-quality content so that search engines can deliver most appropriate results to a search query.

Primal Tasks of Google Panda to deal with :

For example, above Real Estate website have copied content and provides irrelevant information then Google Panda will definitely penalize it by removing it from search results.

Google developed this algo to improve local searches. Its primal task is to promote local listings in search results.

For example, when you search Real Estate Companies, you will see local companies in top results just because of this algorithm.

For example, if google for ‘hummingbird’, results will show information about smallest bird and google algorithm and so on.

It is a part of hummingbird algorithm which was also known as machine-learning artificial intelligence. Here, machine-learning means, to make computer system enough capable, so that it can teach itself without any more human efforts or by detailed programming.

Most of the time people afraid of these algorithms without understanding clearly. These are  good things to keep everything on the track. If we follow the guidelines and avoid practicing naughty stuffs, we don’t need to be worry.